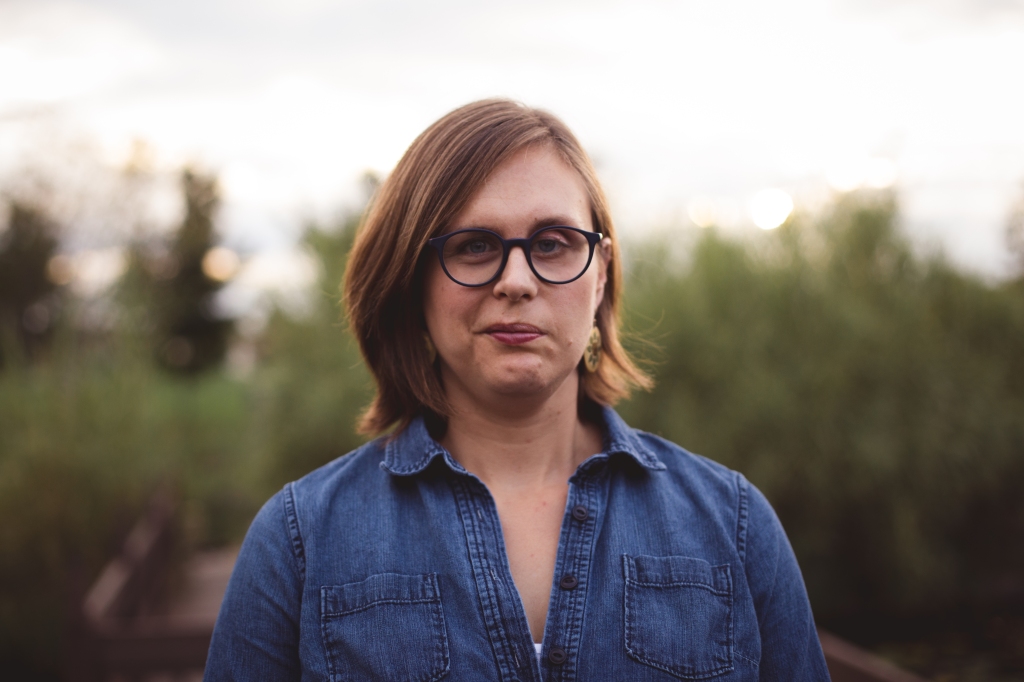 This is Louise. She’s a professor at Washburn and she’s also a writer. Her two books are memoirs stemming from her two craniotomies in order to remove a cavernous angioma. Louise is also a wife and a mother. Her first book was dedicated to her family and her second to her husband, Nick.

“What’s the hardest thing about marriage?”

“Marriage is hard at times, but it’s also pretty great.

I remember that when we started dating he came to visit me after I had a facial nerve surgery at KU Med, and it was gross. The recovery is just gross. You’re all swollen and you’re kind of out it, but he was fine with it. I feel like we wouldn’t even have started dating if he hadn’t made me feel like I was okay, in any way that I was. And I don’t mean just physically, although that’s part of it, but also as a person when you’re at your worst.

I have a friend who’s in a wheelchair and I was talking to her about how hard it is to date when you’re somewhat different. And we were talking about how both of us had dated guys that were like, “Oh, but your disability, or whatever, it’s not what defines you.” And you’re like, ‘Well, no, but it’s definitely part of me.’

Everything that happens to you is part of you and I’m not going to deny that. So it’s important to find someone who’s able to see all the different dimensions and understands that sometimes you want to talk about it and it’s a big deal and other times it doesn’t matter.”