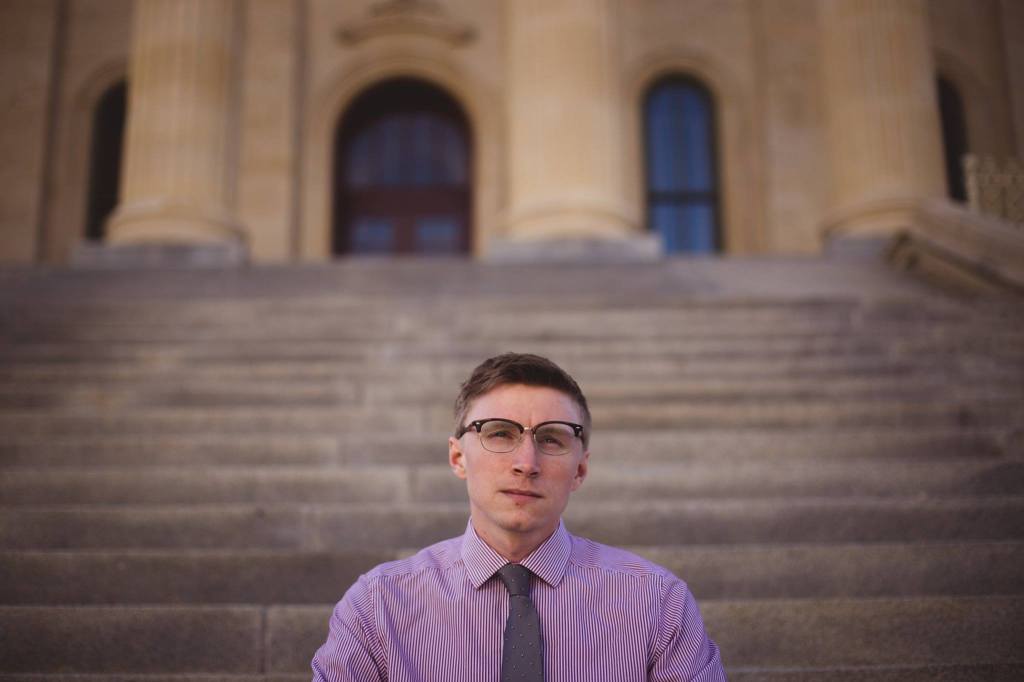 “In 2014 of all college-aged Kansans, those 18 to 24, only 14 percent had voted in that election. Then I began to look at the census data and realized that this is the biggest part of the population. Kansas is actually a young state, it’s just that young people don’t participate in civic life and so that’s why it doesn’t seem that way. I’ve always been into political engagement and civics so I started brainstorming and then in 2015 I left Planting Peace to start Loud Light kind of in a hope and a prayer. All the data showed that the Kansas that I had fallen in love with, this place of radical history once occupied by suffragettes and abolitionists and all these amazing things that morally helped move the country forward, that Kansas really existed here, it just needed young people to participate to make it happen. So, that’s what Loud Light really is about, it’s about you being a visible vocal force for good in your community.

If you want people to show up for you and your cause, and your issue and your struggle, you start by showing up for them. You do that by coming to their rally, or a city council meeting, or the community discussions at the library. Go there to show solidarity and lend your strength to their cause and then they will show up for you. That’s how you build power.

When our generation takes over, it’ll be a completely different world. Everyone who registers anyone to vote, know that you’re taking an action of expediting that brighter tomorrow. It’s already there, but people don’t realize it. There’s this revolution all around us that hasn’t been activated because it has been misled to not know its most powerful weapon is the vote.

One of my favorite things is to bring young people to the Capitol for the first time. I show them around and then I remind them that this is our house, this is the people’s house. I try to explain that to everyone I bring and remind them that ‘These are your employees. This is your house. They’re guests here. You pay their salary. They work for you. Do not be scared. They should be scared of you.’ That’s a really empowering thing to remember.”